No music playing in the background tonight. Just silence.
My real life job of late has been taking a lot of my time.
Not a bad thing, just something that happened.
This year was filled with more writing than I can imagine.
I learned a lot about not only the process but also a lot about myself.
I've grown tremendously as a writer. Although I have had nothing published, I am truly thankful for the excellent and positive feedback that I gotten my from my two critique partners and from a publishing company that I sent a submission to earlier this summer.
Definitely still writing, but I decided to for now, not have a goal. If I submit, I submit, if I don't, that's okay too.
I'll submit when I'm ready.
Maybe i'll do something small and fun to start off with. Maybe, i'll finish editing On the Line, or actually submit the first out of three stories chronicling the Princes of Kerrgan and Tacorian in the DW series i'm working on. The first story,
Dragon Wars: Kerrgan has been totally rewritten, re-edited. Everyone loves it. To me, i just can't send it yet, there is just something very small that is missing.

I'll also finish my Fan Fiction Stay, those readers have been great. Trina Logan has been one of my favorite characters to write for. Jace from On the Line, comes a very close second.
For anyone who wants to read the fan fiction story all you need to do is click here


I guess what the year taught me since losing both my father and uncle recently (plus being severely ill myself)is that life is not about the material. It's how you live your life while you're here. Enjoy the moments you have with your friends and family.
Take care of your health. Mentally and physically. Take the time for yourself. Even if it's 10 minutes, 10 hrs. Take it. If that makes you selfish, that's okay.
Taking the time for yourself even for a little bit, can do wonders for yourself and those around you.
Focus on the things that are important in your life. Because you know what, everything else can wait.

I just wanted to wish everyone a Merry Christmas! 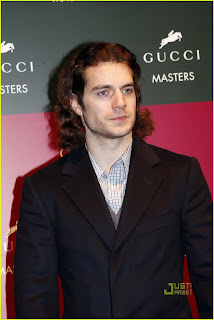 
Despite day being Hump Day, it's wasn't a bad day.
What made it even better is that after work today is that I found out my Crit Partner is back after she had some major technical issues. And then i found these pics from a twitter friend.

Anyone who knows me knows that I am a HUGE Tudor Fan, although their last season airs in the spring, here are some new pics of one of my musesof...Charles Brandon aka, Henry Cavill.

Let you be the judge. The pics are from some Gucci Equestrian benefit.

Henry's doing a movie in March, which is why he has the long hair...(thank god!!he looks better w/the long hair in my opinion, he tends to wear it longer when he's not working.)
Posted by Shelly at Wednesday, December 16, 2009 No comments:

Tis the season to be stressed....

Mood: Sad
Music: None (I seriously need to put some on...)


I'll be the first to admit it. I'm a December baby, and I hate winter.

Granted, that first snowfall is beautiful in the way that it blankets the trees and the houses.

But then, at least for me, reality sets in.

I never get down, but lately, I don't know if it's from the holiday stress, the crazy year catching up to me or just my short story being rejected.

I need cheering up.

Maybe Henry can help me out....

Imagine being with him on a cold winter's night? Possibilities now are endless. 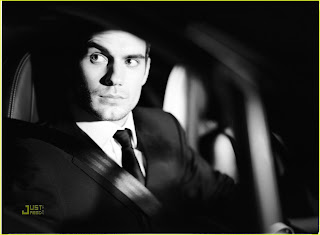 My mood: Sleepy
On my itunes
Wild Blue- Fire with Fire..(An oldie but goodie loved that movie)


I've decided to use my Shelly's Stories for my FF.
Which for fans of Stay and other Fan Fiction Works In Progress, will be back but on hiatus.
For anyone that wants to go there and check things out, can click this link

With the help of some great friends over the last year, i've decided to attempt start writing a full-blown manuscript for submission.

The First One, I'm struggling with. It's a paranormal dragon story. Coming slow, but coming along.
Another story, Night Moves in another paranormal,but in the plotting stages only. Actually, i could see that being series due to it being about a Alpha werewolf and his pack fighting off vamps, slayers, other werewolf clans and soul keepers. Characters and their sub-plots are making that those fun. I want to make sure I have those right before I start writing them.


I'm learning a lot in this process and now a positive note, my writing has improved dramatically. To be honest, the difference is night and day.
(Can't believe how bad I was. LOL)

Still not as good as some, but for myself better than before.

Granted, it's a lot of fun, and I have the best writing group members on the planet, but my story was very close to being done, and it was a struggle and felt that i didn't do it justice by not doing the story as it is intended.

So, I start the editing process. Actually, I did a few days ago and to be honest, story isn't too bad actually all things considered.

Since I posted one small excerpt on my other blog, here another excerpt for this story called On the Line 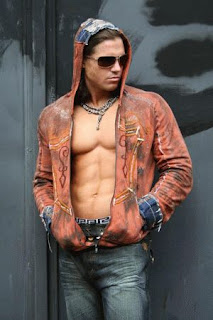 Enjoy and i apologize for this extreme rough part of the story.
I haven't have a chance to edit this part yet.

A former skater herself, Lil was a petite, but seasoned 21 year old that preferred beer and tending to a bar more than practicing triple axles and going to ballet classes for hours on end for a competition that she always placed no better at than by 7th or 8th each year.
But she admired Sara. Her best friend’s drive and devotion to a sport she clearly loved made her envious.
Her friend had it all. A great future ahead of her, great family …great boyfriend. One that she couldn’t help but to fall in love with in her opinion, just a little more than Sara.
He was everything that she wanted and could hope for. Good looking, talented, great to Vanessa, extremely smart. And above all else, they related to one another. Without a word she got him, instantly she would know that something was bothering him and could talk to him and vice versa.
There were never any judgments or introversions. Things were open, honest. Maybe at times, too much so.
“Mama, here he is!” Vanessa yelled as she ran into her mother’s arms.
“So, I see!! Well thank you Miss Nessa. You know, I think I saw Miss Danielle in the hall and I know she wanted to talk to you. Why don’t you go see if she’s still there?”
Vanessa peeked around her mother’s shoulder and noticed Sara’s coach Danielle waving at her wildly.
“I see her! Bye Jace! “ Vanessa said getting of the rink and running out towards the door.
Jace waved at her. “Bye Nessa!”
Jace and Lil stared at each other for several seconds wondering who would say the first words.
Awkwardly, the two of them said at the same time. “Hi!” they laughed.
Raising her eyebrow, she smiled weakly at him. “How are you?”
Clenching his chiseled jaw, he replied. “Good. What’s up?”
Nervously playing her hand, she looked up at him. “I saw you skating and I wanted to hi, it’s been awhile.”
“Yeah, it has. Nessa’s too cute.”

Lil snickered. “Yeah, she is. I think Danielle’s got another Sara Reilly on her hands. She loves to skate. Danielle thought it’d be fun to give her a couple of lessons to see how she like it. “
“How old is she? 3? “ Jace asked.
Lil laughed. “She’s 4. She’ll be five in June.”
“Oh my god. She’s such a tiny little thing.”
“Just like her mother. “ Lil corrected.
“Just like her mama. I forgot she was four. I haven’t seen her in so long. I can’t believe she’ll be starting kindergarten. Wait a minute, it is kindergarten right? When they’re five?”
Lil nodded her head. “Yes. It’s five. She’s in pre-k now.”
“Does she like school?” Jace asked.
“Yeah she does. She got that place wrapped around her little finger minutes after walking through the door.”
“I believe it. If she’s anything like you, she’ll be most popular kid in school.”
“Or the most hated, depending on who you talk to.” Lil retorted.
“No one hates you Lil.” Jace told her pointedly.
“That’s debatable. No one hates you. Not even her. I saw her with Matt earlier this afternoon at Hattie’s and she refused to even look to me. Not even with Vanessa, who adores her.”
Posted by Shelly at Thursday, December 10, 2009 No comments: