Wanted to wish you all a very Safe and Happy Halloween!

This week and for the rest of this month, i hope, since first round of edits are done, to wrap up the sequels to By Sunset as well as update all of you about the book launch in Dec.

Till then, have plenty of candy and enjoy!!! 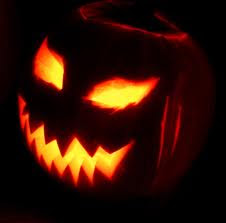 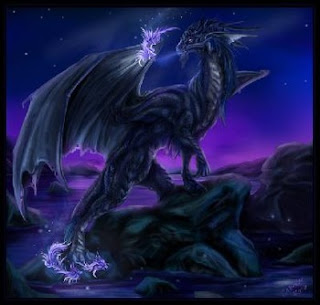 I've been busy doing my first round of edits today for my fantasy novella, By Sunset, and for the most part they're done and nearly ready to be shipped off to Lazy Day in a couple of days.

The Story is about two warring families that annually race Dragons for not prizes aka "assets" but also the use of the Mother Dragon which each year lays two eggs.

Some of the eggs are your standard fire-breathing dragons and some....well let's just say they are enchanted.


Because so many of you have asked, here's a first 'unedited' excerpt.

Swimming alone, the young woman enjoyed her mid-afternoon swim along the banks of Elderon Lake.
On one of the hottest days she had ever experienced, the large lake and forest were one of the three borders between her kingdom of Kergan and the enemy state of Tacorian.
She adored the solitude, making a point to take an occasional break from her duties as a lady-in-waiting to the youngest heir of Kergan, Princess Isabelle, to relax, reflect and perhaps enjoy some sporadic company with a young border soldier needing his own afternoon stress reliever.
It didn’t matter who they were or if they were from enemy territory. Both royal families of Kergan and Tacorian had more than their equal share of handsome and lustful men on each side that provided her with several hours of pleasure.

Wrapping around the curves of her pale, bare breasts as if it were a winter blanket, the dark water felt amazing against her warm skin.
Floating on her stomach, she flipped herself over on her back watching the blue sky for several minutes, her cascading ebony mane and feet, occasionally making a brief appearance through the water’s surface.
On this day, she contemplated everything from when her nation’s current drought would end, to helping her country’s eldest son, Prince Julian, win the upcoming Dragon Race. Doing this would finally release their nation of Kergan from a mounting economic debt, thanks in part to Tacorian.
In her opinion, she was getting faster by the year. It was only by sheer luck that the Tacorian team won.
Their dragon, Hera, apparently knew the course better.
Unfortunately, because of her win, it may have cost the Dragon her life.
She was concerned for Julian and the royal family she served. People were blaming him for the murder which happened a couple of nights ago while the Dragon slept quietly in her lair.
Knowing Julian for her entire life, she knew that he wasn’t capable of such a horrendous act.

She turned onto her stomach and dove deeper into the lake swimming underwater for several yards.
Coming up for air was when she noticed him only several feet in front of her.
Lying on the grass, the young man’s ivory shirt was trimmed at the bottom with the crimson and gray colors of the Tacorian.
Her curiosity was peaked. She knew the military garments of the Tacorian army. This wasn’t it. Their coats, their vests, were of red, black and gray.
They never wore white, but for some reason, he did.
His shirt was opened, revealing his tanned skin. He had shoulder-length light brown hair and green eyes.
She swam towards him. The closer she got to him, the more taken she was by him.
Posted by Shelly at Tuesday, October 26, 2010 No comments:

Well, I have to explain the reasons for my absence of late.
But i think you'll like the reasons why and I hope you continue on the journey with me.

Today, I was offered a contract for my novella, By Sunset: A Dragon Races Tale from Lazy Day Publishing.
It's the first in a series of novellas that i hope you all enjoy!

You'll see me lot over the next few weeks. I have a lot that i'll be able to share with you.

But, until then...Take care everyone. xoxo

To learn more about Lazy Day and their great team of writers please click here.
Posted by Shelly at Wednesday, October 20, 2010 4 comments: