Me, Caleb and Olivia are talking w/Tigris! 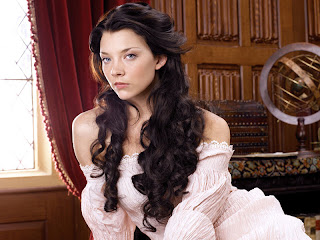 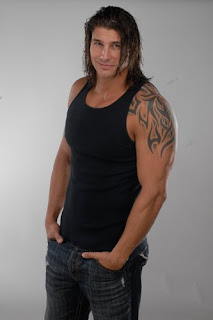 Please join me, Caleb and Olivia today over at the awesome Tigris Eden's blog.

She and I talk about all things By Sunset and she was also brave enough to interview both Caleb and Olivia.

I'm also giving away a copy of By Sunset to random reader.
You all have until Jan. 31. to comment on Tigris' Blog.

Bless her! I know she needed a drink when she interviewed them! hahaha

Saying hi from the writing cave!

Since I haven't been blogging a lot, (Bad writer in me! Sorry ! I haven't been twitter for that matter either )I wanted to share with all of you one of the stories that i have been working on.

Not your typical dating website, 'A Foreign Affair,' also not specializes people who are interested in dating, or getting serious...But also, mail-order grooms!!!

hahahaha. YES I'VE MEANT that... (i know some of you single ladies are going...ooh yeah!! LOL)

The series is one that i'm quite proud of as my Critique Partners and lovely Betas will tell you.
It's a fun, light very hot contemporary story.

The first story from the 'A Foreign Affair' series is called "Sweet Dreams".
It's about a bakery owner named Beth who invites a friend she met from 'A Foreign Affair's' website named Yuri, o New York City for a very sexy and memorable weekend.

Although the snippet i'm about to share isn't one of the hot ones, the story is quite hot as it goes along.

Time to introduce Beth and Yuri. Read for yourselves and let me know what you think of them.

Here is Chapter One of Sweet Dreams. TTYS-xoxo!


Beth couldn’t help but to stare at her computer screen. While the cursor flashed, she could feel her hands tremble at the slightest touch of the keyboard.


“Oops. Thought I’d get something to drink before you logged on.” She told him while walking back to her bedroom sitting down at her computer desk. The laptop’s light was the only light in the room.
He was gorgeous. His long, straight brown hair that was normally in a ponytail cascaded around his chiseled face.
Her blue eyes danced while he waved excitedly at her from his webcam.
She smiled back and waved to him.
“You’re fine Beth. We had a storm blow through earlier; I think it slowed the connection a bit. How are you?” he asked her, his Russian accent only slightly filtering through.
She nervously played with her red curls. “I’m tired. Good though. Been busy.” She said all the while nodding as she explained to him what was happening.
“Bakery is going well right?” he asked. Seeming concerned, his eyes narrowed a bit before he continued. “You haven’t been on in a couple of days.”
She began to feel the butterflies fluttering wildly in the pit of her stomach. She needed her hands to do something due to them beginning to shake so much, so she plopped both hands in front of her, mildly tapping on the front of her desk.

Hi everyone, i hope everyone enjoyed the holiday season as much as i did.

I've been watching movies, eating (sigh. back to dieting...) and reading on my new kindle.

New website is nearly ready. And for now, since this is a new year, new stories are being written as we speak so you won't see me as much.

I do have some interviews that you will see later on this month.

1st one is up today, by the awesome Melanie Vantour which if you want to know some cool facts about me, you can click this link

The others will be up later on in the month with Tigris Eden which i'm giving away a free copy of By Sunset and another interview with Lisa Stull.

Till then, please let me know what you think of By Sunset.